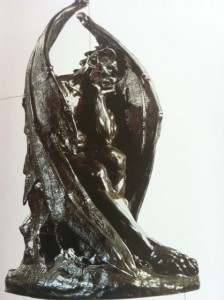 Demons come in all shapes and sizes, offering a multitude of guises, but they all represent the darker side of man  We have a plethora of names for Evil from arch fiend to hellion to vampire–every culture has their own set of evil minions and Evil Lords.

Note: Tomes have been written about each demon, this is a VERY simplified (blog-sized) version.

Ahriman: One of, if not the first religion to espouse the dualistic doctrine of Good vs Evil comes from Zoroastrianism ( ancient Persia). Ahriman symbolized “The Lie” that was avarice, anger, and jealousy.

Asuras: A power-hungry cabal in Hindu mythology who were always warring with the gods. They started out Good, but  eventually changed. They’re not so much devils who symbolize Evil as much as they represent drought, flood, and plague–tragic occurrences that bring out the evil in men.

Galla: A 7-demon collective with Mesopotamian origins who kidnap people at night and drag them into the underworld. The “offspring of Hell” symbolize death and terror.

Rahu: If you try to drink from the Cup of Immortality (amrita), heads will roll! Yours! That was Rahu’s fate, a beheaded asura whose head became immortal! His job is to create chaos and wickedness. He is also symbolic of rapid success without wisdom and a desire for material possessions.

Seth/Set:  The nasty Egyptian god of darkness, chaos, storms, and foreign invaders. To 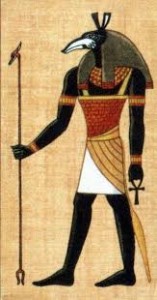 become supreme ruler he chopped his brother Osiris into pieces (so he couldn’t be resurrected).

Ravana: Hailing from Sri Lanka, this god of 10 heads is  symbolic of man’s ego. Lots of strong arms help Ravana indulge his greed. He causes people to scream in anguish, and his belly holds the nectar of immortality.

Tikoloshe/Tokoloshe: South African mini-demons who like to attack at night, these mischievous trouble makers (OK, that’s redundant) have been known to bring about illness and cause death. Call in the local witch doctor if one is following you!

Symbols of Satan from Christianity:

…of horns and tridents: Early Christians demonized many pagan symbols.

Poseidon/Neptune–God of the Seas– used the trident as a weapon to form water, generate earthquakes, and cause tidal waves. Early Christians demonized the trident by making it a symbol of Satan. (Hindu God Shiva also carries a 3-pronged spear) 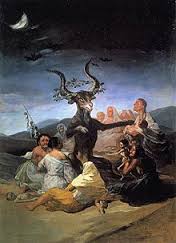 Horns weren’t always a symbol of the devil. Cerunnos is a  mysterious Celtic god who possessed a nice set of horns on his head. He lacked a good publicist though because little is written about him. Some believe he is the god of nature and fertility. He is identified by the neck rings or torcs around his horns/antlers.

Bacchus/Dionysus the wine, sex, fertility god enjoyed morphing into a bull. Romans outlawed the wine-induced frenzy and fornicating rituals of his followers. Some believe our image of Satan comes from the demonization of Bacchus.

The Grimoire of Honorius: Need an evil incantation? This is the go-to guide for all evil doers. Published in the 17th century, the book contained spells, chants, and instructions for all your demon-summoning needs.

Black Mass: Lovers of Satan turn the cross upside-down (also known as Peter’s Cross) and reverse the service. For example, blood instead of wine is drunk from the cup.