Fruit of the Gods 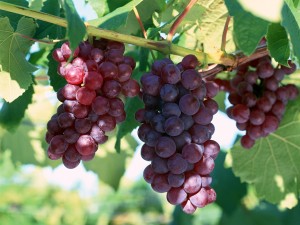 A Summer of Symbolism continues…

Sweet. Delicious. Symbolic? You know it.  Whether you’re enjoying a “fun” novel or slogging through a classic, it sure helps to know the symbolism behind the produce!

Fruit is laden with sin, sexuality and sensuality. Just look at that fruit salad! Damn! Put it away before the kids see it! Don’t believe me?  Here’s a fruit primer.

Apple: A symbol of love, fertility, and youth. Purported to be the forbidden fruit of the Tree 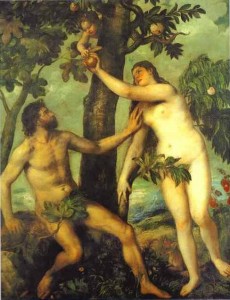 of Knowledge ( no proof though), it is the quintessence of temptation. In China, this fruit symbolizes peace.

Date: The Arab Tree of Life, it is associated with endurance ( life is harsh in the desert).  In ancient Egypt it symbolises fertility.The date is linked to male fertility. 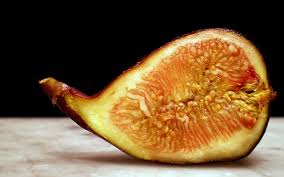 Fig: Yowza! A symbol of fertility: The leaf suggesting the male: the fruit, the female. See pic!  Also, it is the fruit of the Tree of Life. Hebrew traditions believe the fig represents peace and abundance, and Buddha found enlightenment under a fig tree.

Gourd: A multi-purpose hard-surfaced fruit. Used as a ceremonial mask, beverage container, music maker, and manly parts cover, it is linked to fertility. In some cultures, it has healing properties and supernatural powers.

Grape: The fruit of the vine is the favorite of Bacchus ( Roman god) known for fornication, 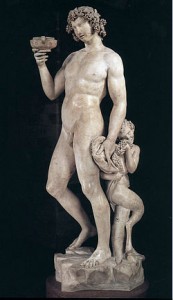 parties, drunkenness, and all around fun times! It has quite the opposite meaning for Christians, where wine symbolizes the blood of Christ and Jesus’s first miracle. Grapes are usually associated with agriculture and the fall harvest.

Lemon:  Symbolic of bitterness and disappointment. Christians linked the fruit to fidelity. Because it was imported to some countries–and expensive–it became a symbol of wealth.

Mango: Food of the Gods! It is symbolic of love and fertility for Hindus, and is seen as a symbol of attainment when being held by Lord Ganesha.

Melon: Linked to gluttony, luxury, wealth, and creativity. Their sweet flavor and moisture are associated with sensuality.

Orange: A symbol of virginity and fertility. During the Chinese New Year, it is eaten on the 2nd day for good fortune. 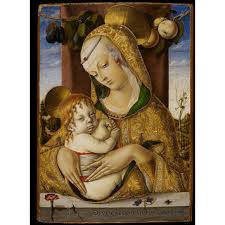 Pear: The swollen shape of the fruit is suggestive of sensuality. (Remember that when someone calls you pear-shaped).  Ancient Greeks believed Athena was the mother of pear trees.  In China, it is symbolic of a long life.

Persimmon: Another Fruit of the Gods. In China this fruit is used to regulate one’s ch’i (personal energy) and is symbolic of joy. To Japanese, it is a symbol of triumph.

Pineapple: Symbolizing hospitality in the US, the fruit also has opposing meanings in the West Indies of either restraint or welcome. Take your pick.

Pomegranate: Slice it open and you have lots of shiny, wet seeds, and –yup that can only mean one thing–the fruit is suggestive of the womb. Ancient Greeks believed the fruit had restorative properties.

Tomato: Dubbed the “love apple” in early European times, this fruit was deemed an aphrodisiac because of its numerous seeds. It was also the perfect Aztec side dish for a cannibalistic meat course.

Fruit tip of the day: Fruit contain seeds, thus equating it with fertility and the sensual, decadent, licentious, lusty acts that go with the act of fertilization.