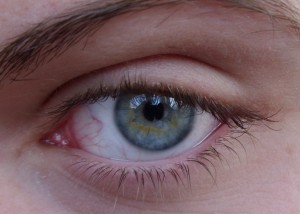 Need a little protective power?  Rabbit’s foot no longer workin’ for you?

Good thing there’s a whole bunch of other symbolic accessories to fill the void.

Amulets have been used to ward off evil and invoke fortune since Eve and Adam were kicked out of Eden ( that’s a really, really long time). Many talismans protect against the dreaded–the terrible--EVIL EYE!!!!!

So what is the Evil Eye–besides the look you give your significant other when they **** up?

When someone looks at you with an evil intent--say with hatred, wicked envy, or with malicious wishes–it is so fraught with negative energy it was dubbed the Evil Eye. The greatest injury is to those who do not know the Evil Eye was aimed at them–thereby allowing the negative energy to permeate their bodies and souls. To counter this, people wore amulets to deflect these cursed stares.

Here’s a few of my favorite and a quick synopsis of their symbolic power.

Ankh: An ancient Egyptian amulet which symbolizes the sun and life eternal. It was also placed on tombs because it restored one’s breath for the Afterlife.
Azabache: Given to infants in South America, this clenched fist charm of red or black 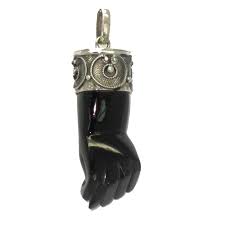 coral helps prevent the Evil Eye.
Buddha talisman: The wearer is demonstrating his devotion to Buddha. The postures of the Buddha have additional meanings.
Crucifix: The cross protects its wearer from evil and is a symbol of Christ’s crucifixion.
The Eye: This eye protects against the other eye–the Evil Eye. Evidently, the eye works by deflecting the cursed looks of another.
Eye of Horus: Don’t get your eyes confused! The right eye symbolizes the sun. The left eye symbolizes the moon. The wearer is granted the powers of healing and it protects them from evil. 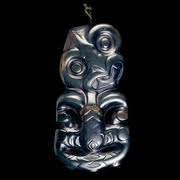 Hei Tiki: A Maori human-shaped charm that gives woman an extra fertility boost.
Knight’s amulet: Need some extra power and health before doing battle? Medieval knights sure did!
Lockets: They didn’t always contain miniature paintings of loved ones! They were originally deigned to hold the herbs that protect against disease.

Merkabah: Pronounced with equal emphasis on each syllable:  Mer-kah-bah. An  ancient geometry that’s been

around for 3,000 years,this hexagon star is is believed to have mystical powers, allowing one to enter enlightenment, zen, or achieve a spiritual and or physical ascension or cosmic travel. Resembling a 3D star of David but also portrayed with  one or two circles enclosing it, the word and shape have Egyptian origins. Find out  more when history, mythology & science collide in the novel, The Merkabah Recruit. 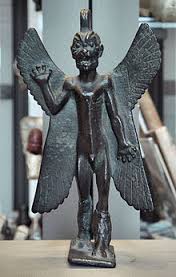 Pazuzu: Pregnant Assyrian woman made sure to string this little devil–yes–a demon–around their neck. Seems Pazuzu prevented miscarriage and stillbirths.
Pomander: These little lockets filled with spices and fragrance were thought to ward off infectious disease in the Middle Ages.
Rabbit’s foot: It’s been a western symbol of good luck ( not for the rabbit–haha) for long time. It also promotes fertility ( OK, that’s a no-brainer).
Red Bracelet: Kabbalists wear a red wool string as protection from the Evil Eye. It is worn on the left wrist to block evil from entering the body. (Energy enters on the left and leaves on the right).
Scarab Beetle: Scarabs protect the heart and symbolize the Egyptian sun god.
St. Christopher: We see plenty of these hanging from a car’s rear-view mirror. It was worn to protect believers from the Black Plague. Now, it denotes safety and protection, especially while traveling.
Tiger Tooth: Usually an amulet of an animal part symbolized the best qualities of the beast. A tiger tooth denoted strength and courage.