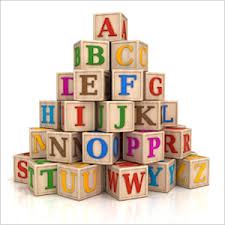 Block out time for writing. Make it a habit.

Despair not! No matter the path you choose ( self-publishing or traditional ) there’s lots of roadblocks, detours, potholes, and flat tires along the way.

Foreshadowing is achieved many different ways. Weather changes, location, illness, names, description of a seemingly innocuous person/event/object, a character’s word choice, change in syntax, and a character’s subtle reactions are just a few.

Grammar rules must be understood before breaking them.

Ignore the haters, naysayers, cynics, and anyone not on Team You.

Just get rid of just, that, really, very, who ( Sally, who sits under the tree vs Sally, sitting under the tree), am/was/were, being, seem, suddenly, then, finally, even, was, & it. Here’s a few abstract nouns to replace that pesky IT .

Kvetching. Keep your complaining under control—at least on social media. Rant all you like in private.

Learn the craft of writing. There’s lots of seminars, classes, and books on the subject.

Make the most of your writing time. Here’s how I make time to write while working a day job.

Plot. Have one. Plots need:

Read works in your genre and in other genres.

Thesaurus misuse. Synonyms may be close, but not close enough. Words have a denotation ( the dictionary definition ) and a connotation ( the emotion the word evokes ). Select with care!

Verb it up! Active verbs energize a manuscript.

Word order. Every sentence should not have the same part-of-speech pattern. The last read-my-first-page link I clicked began either with a gerund (verb +ing) or noun ( I ). I stopped reading after the second paragraph.

Yakking on Facebook & Twitter is great—but don’t let it be an excuse for not working on your manuscript.

Zealous dedication is required for success. In Malcolm Gladwell’s The Outliers, he says mastering a skill takes 10,000 hours.