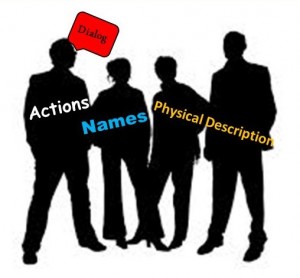 Characterization 101: Writers have quite an arsenal of ways for conveying a character’s personality. Whether overt or subtle, the savvy reader knows that characters are brought to life only if the writer has effectively done their job.

So how does a writer portray personality?

Fictional names act subliminally on readers. Is the name:

Actions often speak louder than words. The saying “it’s not what you say but what you do” is just as important in literature. Actions reveal:

Writers may enlist all these character builders or employ only one or two. For example, Boo Radley in To Kill A Mockingbird never speaks and his physical description is given at the end of the novel, and yet Boo is made real from other’s dialog and his heroic actions.

Have fun creating your characters!