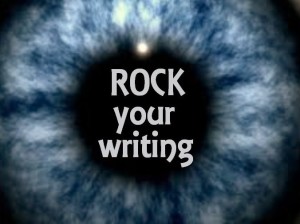 No wonder the eyes are the windows of the soul. But there’s more to eyes than…well, meets the eye!

Eyes are powerful symbols whose meanings have ancient beginnings.

Eyes are symbolic of:

Does the color of a character’s eyes matter?

A word about blindness: In literature, blindness is equated with wisdom. Prophets (Tiresias) in Greek plays are blind. They see with their hearts the truth in an event, character, or circumstance. Visual seeing is NOT believing. When Oedipus blinds himself after discovering he fulfilled the prophesy he tried avoiding, the reader understands the symbolic nature of his act. A more current example is Neo in The Matrix. In the final movie, he no longer needs to see, his inner sight/intuition/conscious the only sense he needs to “see” the truth. Another fun movie that “focuses” on eyes and is rife with eye symbolism is Equilibrium.

Have fun seeing your characters with new eyes!