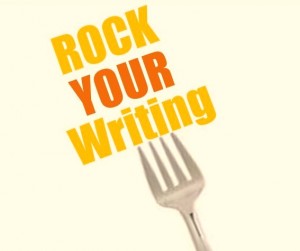 It was the best of times. It was the worst of times! Oh, the drama of the family meal! People eating and drinking together is tasty with yummy symbolism.

Why is that, you ask? In ancient times, sharing one’s meal symbolized hospitality and goodwill. Certain foods, drink, or days were associated with religious and social rituals.

Eating and/or fasting rituals are found in most religions. And I can’t think of a holiday that doesn’t center around or end in eating! Eating together & sharing food is an act of communion/agreement/fellowship/harmony.

I’m sure you can picture a few eating scenes in movies! (My favorite is the scene in Flashdance where the rich guy watches his date eat a lobster in a most provocative manner!)

Writing a meal scene is challenging, but can reveal much about the plot, character, relationships, family dynamics, setting, or culture of the novel.

A few symbolism-weighty factors to consider:

An eating scene is full of chewy symbolic deliciousness.

Have fun feeding your characters!