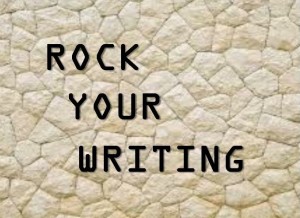 YOU see the characters in your mind…more importantly, does the reader? And is it necessary they see your vision?

Although physical descriptions and a thorough biographical summary of each major character is found in older fiction, the current trend is to reveal character details through action and dialog.

However, what you do describe about a character is just as important as what you do not! Readers don’t need every little detail! Don’t believe me? Ask friends to describe a well-known literary character—one not already brought to life on the silver screen. Chances are your descriptions differ just a bit. Although, Colin Firth is Jane Austin’s Mr. Darcy.

If a character has bright red head, most people think  the character will be assertive, spunky, and feisty. It’s pretty cliche—and that’s OK—if the character is supposed to be a cliche.

In the German tale of adultery, Effi Briest, the paramour, Crampus is described as having one arm shorter than the other, which is indicative of his dishonesty and cheatin’ ways.

Authors play God with characters, so when creating them, think about how much, how little, and why you’re including a heart-shaped mole on your protagonist’s left shoulder!

I’m always disappointed by characters who are physically damn-near perfect and beautiful. It’s annoying and does not endear me to the character. Unless, you mean to do something with that perfection. Are they tormented souls? Do they discover the true cost of beauty? Are they ugly on the inside?

Have fun describing your characters!