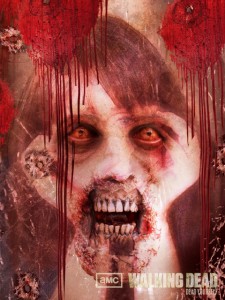 There’s been a profusion of books and movies about Zombies lately! I don’t know why! Zombies lack the sexiness of vampires and the shifter abilities of were-creatures ( and there are a variety of animals that morph into humans).

Zombie legends have been around for 1000’s of years, with the first mention in that heroic tale The Epic of Gilgamesh. A pissed off Goddess threatens to allow the dead to come up from the depths of  hell in order to consume the living, all because stud muffin Gilgamesh turned down her sexual advances.

Zombie or zumbi or zombi comes from the African Congo  It  means “enslaved spirit” of one who is under the spell of a magician.

In the Middle Ages, zombies rose from the grave to take revenge for a crime.

The myth soon took on a life ( excuse the pun) of its  own.

In Haiti,  a mixture of African spirit beliefs and Catholicism blended to create the hideous feared demon that was thought to be the result of  voodoo magic. In other words, a live person could be turned into a zombie. 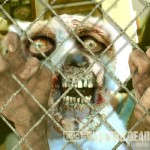 I zombified my pooch!

Here’s some interesting info: Ingestion of the neorotoxin, tetrodotoxin–found in the  pufferfish– causes a person to appear dead–no signs of life at all ( this was before the invention of all the medical machines we  have now).  Nifty trick, huh? Voodoo priests used this poison on people, creating slaves for themselves. OR to scare the bejesus out of the victim or dupe an enemy.

Lots of conflicting information about zombies makes them the perfect horrific creature for movies and novels.

Here’s some zombie quick facts ( some sillier than others): 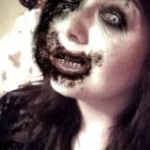 The myth has changed over time and now zombies are the soulless semi-dead or undead who feast on the flesh of the living.

In the modern vernacular, it’s a person who has little control over their actions and mindlessly completes tasks.

Wait a minute…I think I know a few zombies…

It’s Monday! Feel like a Zombie yourself? Create your own zombie pic, click on this link:  www.deadyourself.com