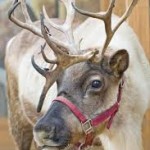 Which writing reign deer drives you?

Fast first drafts. Swift second drafts. 2,000 words a day? No problem. They hoof it through edits and never sit on their writing rump. Just watch them fly toward publication!

Good at jingling with reasons why they haven’t written anything. They have writer’s block-kids-day job issues—did I mention writer’s block ?? Dancers love to tell people they are writers, BUT they actually do very little writing. ( I know, it’s a technicality.)

Loves posting their 1st drafts, 2nd drafts, 3rd drafts, etc for everyone to see ( they are very brave). They crave feedback—especially if it feeds their ego. Prancers have the unique ability to work on a manuscript while simultaneously posting updates about their work in progress.

Identified by their libidinous desire to finish their WIP, they use every naughty trick they can to canoodle with their MS. Their naked need to finish the damn paragraph/scene/chapter/book makes them swift evaders of those hunting them down—like children, coworkers, friends, or family.  Do not  tail them when they’re in the mood, they’ll just flee into a bush to keep writing.

Blazing brightly, they are a sight to behold—for an instant. Then they vanish into their wiring den only emerging occasionally to flash a funny post or Tweet.  This here-and-gone style behooves them, allowing their heads to remain in the writing sky. Don’t buck with them when they’re writing or they’ll just hightail it out of there!

Writers to their very core. They need it—want it— they are driven to caress the words into submission! Writing is their passion and their love. Ain’t NOTHIN’ standing between their body and the laptop. Cupids are a bit obsessive, and once they’ve shot the plotting arrow into the white underbelly of their manuscript the words must-must-must be released.

Known for their serious personality, they fall prey to an avalanche of adventurous ideas but  are unable to emerge from the rocky Novel Pass, helpless to complete a scene or chapter. Regrettably, this forces them to turn on themselves, cannibalizing risky plots and/or characters until there is nothing left.

Alcohol or caffeine is the writing drug of choice. Alcohol IN the caffeine drink is even better! 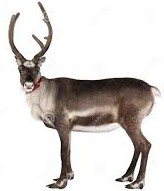 They can’t work without the buzz. Coffee to wake up words all day followed by wine to subdue the antlers of anxiety and pelt of pessimism.

Has the shiny glow of author success. Fame & fortune & earning some doe came only after: 1) the trials of once feeling like a misfit; 2) befriending the abominable [ insert publishing snafu here ], and 3) growing an impressive rack. They excel at guiding others through the writing fog and author storms.