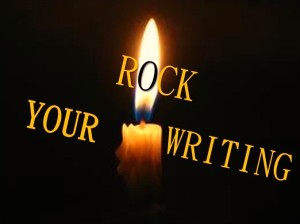 These two little words are fraught with BIG symbolic meaning!

We are familiar with the obvious uses: The Light of knowledge or the Darkness of the Soul, but writers can use darkness and light in a myriad of ways!

Light or enlightenment can refer to:

Darkness can refer to:

Light and dark symbolism can:

Here’s one of my favorite poems about “light.”

The Man Who Spilled Light, by David Wagoner

The man who spilled light wasn’t to much to blame for it.

Where, everyone said, there was too much darkness:

“Look at those shadows, they said. “They’re dangerous.

Who’s there? What’s that?” and crouching,

So he went and scraped up all the light he could find.

But it was too much to handle and started spilling:

Flakes and star-marks, shafts of it splitting

To ring-light and light gone slack or jagged,

Clouds folded inside out, whole pools

And hummocks and domes of light,

Egg-light light tied in knots or peeled in swatches,

Daylight as jumbled as jackstraws falling.

Then everything seemed perfectly obvious

Wherever they looked. There was nothing

The corners and alleys all looked empty,

And no one could think of anything terrible

Except behind their backs, so the all lined up

With their backs to walls and felt perfectly fine.

And the man who’d spilled it felt fine for a while,

But then he noticed people squinting.

They should have been looking at everything,

Should have been perfectly clear, and everyone

Should have seemed perfectly brilliant, there was

But they were squinting, trying to make darkness

All over again in the cracks between their eyelids.

So he swept up all the broken light

For pity’s sake and put it back where it came from.

Have fun writing light and dark into your novel!