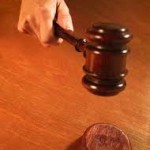 Summoned to jury duty the other day with about 60 other civic minded citizens.

Made it all the way to the courtroom where I learned the case would take 3 weeks!

I was hoping for a quickie! A week would be fine. Fodder for future blogs. A chance to observe the case through a fiction writer’s lens.

I have a job! A job that requires my being present.

Much as I would enjoy hearing an interesting case, I’m pretty certain that unless Cousin Vinny was one of the attorneys I would probably make a bad juror.

All joking aside, I was let go. Probably a good thing!

Here’s the trailer from 12 Angry Men. Notice they’re all donning a shirt and tie–which I didn’t see any of the prospective jurors wearing. I wonder the outcome if the movie/play had been titled 12 Pissed Off Women?