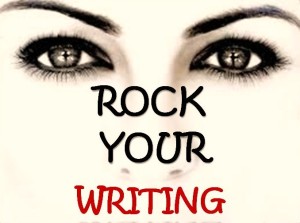 WE love movies because we can SEE the action and HEAR voices. And until theaters have surround Smell & Touch—as Aldous Huxley wrote about in Brave New World—the WRITTEN word still has the advantage!

In literary terms, IMAGERY is a picture made from words. (Writers, this might be a source of pleasure & joy or frustration & agony). The beauty of imagery is that it creates tone and mood. One can describe creepy things using dark, gloomy words OR NOT.

Don’t forget to include imagery (SHOW, don’t tell) in your work.

When does one add in imagery? There’s no rule. I add imagery in the second draft, tweak & fine tune the diction in a 3rd draft—and might toss some out in a 4th draft because it was unnecessary.

Let’s take a look at two of the masters!

The opening paragraph of Fahrenheit 451 by Ray Bradbury

Here’s another from Paradise of the Blind  by Duong Thu Huong:

Have fun getting your readers to SEE, HEAR, TOUCH, FEEL, SMELL your world!