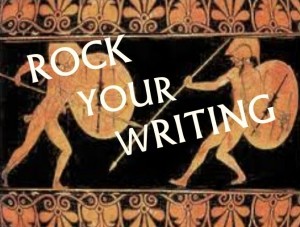 What can we learn about age-old struggles or heroes from Homer? No, not Homer Simpson, Homer, author of the Greek epics ( short for really-really -really long) poem, The Iliad and The Odyssey.

Skip the next several sentences if you remember reading these.

A SUPER quick refresher: The Iliad is about the 10-yr siege of Troy, and the quarrels & battles between King Agamemnon and Achilles.  Remember the movie Troy with Brad Pitt? That was the Hollywood version.

The Odyssey is about the warrior King Odysseus (aka Ulysses) as he struggles for 10 years to return home to his wife and son. There was Hollywood version with Armand Assante. 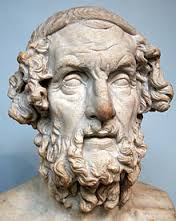 So, what does Homer teach us about struggles and heroes? Let’s take a look at the Trojan prince and greatest warrior in Troy—Hector.

Hector (by the way, his name means “defend, or hold fast”):

But first, let’s see how they are the same as today’s heroes. They:

The difference between a Homeric hero and just any average run-of-the-mill hero is that the Homeric hero puts HONOR above all else. A Homeric hero never sacrifices his reputation; for to do so relinquishes his dignity and his effectiveness. No honor = no hero.

Protecting or maintaining one’s honor comes before protecting one’s family. A Homeric conundrum might be: Security & contentment vs honor.

Not exactly a modern day dilemma, where personal happiness and love reigns supreme.

There are 4 great struggles found in Homer’s novels.
•The need to protect one’s family (as found in Hector’s trials in The Iliad)
•The need to maintain ones’ dignity ( Achilles’ struggles in The Iliad)
•The determination to remain faithful and have faith (displayed most ardently by  wife Penelope in The Odyssey who faithfully awaits Odysseus’ return for 10 years)
•The struggle to return home  (Odysseus took the long route back from Troy)

What Homeric elements does your novel have?