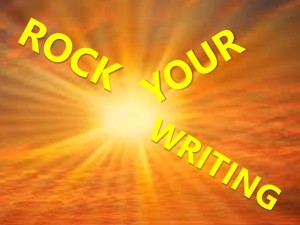 What EXACTLY is a symbol and how is it different from a metaphor? And what purpose do symbols serve?

A symbol is the conscious and artful use of:

that represent something greater and more complex than that which is obvious. 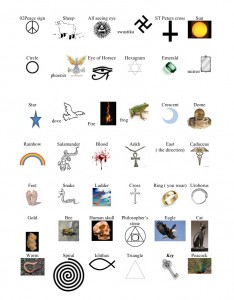 Metaphor, on the other hand, is an implied analogy whereby one thing is compared to another. A metaphor “stands for” something else.

The BIG difference. A metaphor means ONE thing…SYMBOLS have many layers of meaning. (I tell my students if they can’t find and explain 3 levels of meaning, they need to call it a metaphor.)

A few concepts to remember:

Symbols add depth, sophistication, and chew-worthy deliciousness to a novel. It makes a reader stop reading ( briefly) to ponder the profound meaning of the object/action/person. That makes for a memorable yummy read.

Symbols in literature are complex! Any object, character, place, action may be  symbolic, having several layers or meaning within the text .Peel away the symbolic layers and the author may be making a statement about:

Another important thing to understand about symbols: Each person understands  symbols a little bit differently because each person brings their own unique life/gender/age/culture/religious/personal experiences to anything they read ( or watch or hear).

Remember, when READING or WRITING  to place the symbol in context of setting, history, and culture OR the symbol will not be understandable.

Examples of symbolism you might remember from high school:

In the novel, The Merkabah Recruit, I have a few symbols. The merkabah, of course, is an ancient symbol. There is also an action that takes place several times during the course of the story: The protagonist’s attempt to put her key into the locked door in the dark. As you may have guessed, keys, doors, locks, and darkness are equally chock full of symbolic chewy goodness. Folks who have read both novels always ask, “Who is Jack, really ?” Readers know there is more to that character than meets the eye.( I lOVE when that happens!)

Related Links:  Rock Your Writing; Symbols and more symbols ( from birds to food to animals to trees–the symbolism behind the natural world);Click  Amazon link to novels.

By the way,  the images used in my Rock Your Writing series are always symbolic of the topic I’m blogging about.

Have fun with symbols!