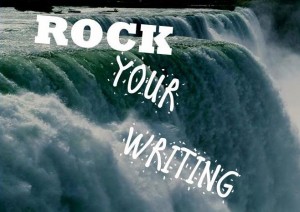 WATER is symbolic! You know that!

We use water to bless, baptize, cleanse, and purify.

Authors use a dunk under water to indicate a character’s spiritual change or spiritual rebirth!

Once immersed in water, the character can:

Other symbolic factors to consider:

If character is baptized/reborn by rain, is it :

Remember IRONY blows this all “out of the water!”

Have fun soaking your characters!