A profession to kill for 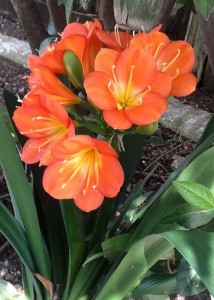 Professional Poisoner!! Can you believe it? Professional poisoner was a career option for women back in ancient Rome. Evidently, many people required the services of a skilled toxic-ologist.

During Nero’s reign (he was blamed for burning Rome), Locasta was the woman to summon if you needed a rival, nasty husband,ex- lover, or wealthy relative to die.

In ancient times, if a poisoner completed the job discreetly, she was put on retainer by  local royalty. Note: A poisoner was considered first-rate if they actually killed the person, not just made them  sick.

Locusta was an accomplished pro—if the mushrooms didn’t work—the  ol’ poisoned feather did! Her coup de grâce came when she murdered Nero’s stepbrother during an elegant dinner party—she even fooled the official food-tester.

A savvy business woman, Locusta understood the benefits of diversification—she opened up the first school for poisoners (and you thought women didn’t have any career options back then—sheesh). 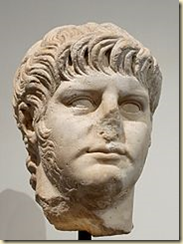 After Nero committed suicide and the next emperor donned the laurel crown, the femme fatale fell into disfavor, and was believed executed along with other notorious scoundrels belonging to Nero’s posse.

The subject of my next historical fiction

Photos collected while researching are available on my Pinterest page.

If you are interested in receiving a notification concerning the novel’s publication, please your name and email in the comment section. Your email will not be shared and will remain private.You will receive no emails other than the novel’s release date.

Monster. Enchantress. Executioner. These are the names I have been given. All false. Do not believe the lies.

I was merely a woman with few choices, and one must often do the unthinkable to survive. Women’s options are limited in this world of men with their carnal and corrupt desires.

Such cruel realities did not always taint my life.

Long ago, unfettered by responsibility, I enjoyed the indulged childhood of the elite. Playing in terraced gardens, splashing in marble fountains, riding ponies, reading Ovid and Cicero, my thoughts fixed only on tomorrow’s amusements.

This pampered life ended when I was introduced to my betrothed, a man of wealth and position. Three years later, I found love with another. For a young woman of esteemed birthright he was most unsuitable.

A year later, a family complication resulted in my leaving our tranquil countryside to travel into the Den of Hungry Lions.

In this city of greed, politics, lust, and power the gods cursed me with an infamous occupation.

And lovers. Quite a few lovers. Lovers, apparently, are expendable vanities for the wealthy.

Most were evil incarnate. Cold-blooded senators plotting against the Empire. Heartless miscreants impatient to benefit from their spouse’s death. Depraved lovers extracting justice for a fleshly wrong.

The others did not deserve such an early end. I mourned their deaths and my burnt offerings at the temples were feeble attempts to assuage my guilt.

I was not present during every untimely death, but oftentimes I was commanded to confirm their demise. A few perished in rapturous delight as their life force ebbed away. Others melted away in a daze of dreams.

Some died while gasping for air, others expelling liquid excrement. Their vomit and convulsions remain a horrid memory. Their anguished faces continue to haunt my dreams, and their tormented cries for help are forever a lance upon my heart.

My victims’ deaths came at the capricious command of a ruthless emperor. A sadistic, suspicious, jealous emperor.