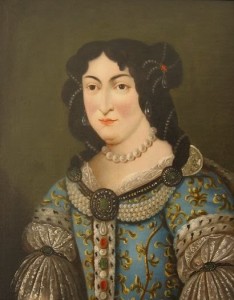 Ilona Szilagyi, the cousin of Hungarian king Mathias Corvinus, grew up amid the luxury of court life in Buda. One of three daughters born to  Hungarian noble Michael Szilagyi  and Margit Bathory in 1446, IIona was a privileged young woman.

During an age when marriages were negotiated political contracts, Dracula—held as a political detainee by the Hungarian king— knew his freedom came only when the young king needed his skills to halt the Turkish army.

Little is known about Vlad Dracula’s ten years as a supposed ‘prisoner’ of the Hungarian King other than he wed Ilona and they lived in Pest.

History records nothing of Ilona’s life or death—even the location of her grave is a mystery  ( like Dracula’s ). We do know Ilona’s father and Vlad were good friends and united in their desire to stop the Turks. Dracula was an excellent military strategist, fierce warlord, and crusading prince. Although his tactics were widely debated and much maligned ( German flyers called him a Bloodthirsty  Berserker ) throughout Christendom, Ilona was probably well-acquainted with his bad-boy reputation. 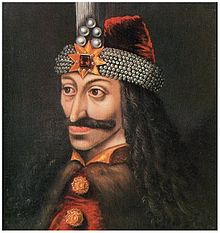 The subject of my next historical fiction.

Photos  collected while researching are available on my Pinterest page.

Ilona and Vlad lived the royal life in a grand mansion in Pest ( across the Danube from Buda). They were married for ten years, and she bore him two sons.

The eldest is named after his father.

Ilona—an ambitious woman by all accounts—fled to Buda with her children where she became a distinguished refugee at court. Her eldest, Vlad IV was the official pretender to the Wallachian throne.

Writing a novel like this requires extensive research! If you have a question, I’ll do my best to answer it.

If you are interested in receiving  notification concerning the novel’s publication, leave a comment with name and email. Your email will not be shared and will remain private. You will receive no emails other than the novel’s release date.

ILONA SZILÁGYI, the cousin of Hungarian King Matthias Corvinus, grows up amid the luxury of court life and under the tutelage of a vigilant aunt. During her cousin’s coronation, Ilona meets the twice-deposed Prince of Wallachia, Vlad Dracula, and is immediately drawn to him.

A prized political prisoner held in the Visegrad castle, Dracula knows his freedom comes only if the young monarch needs a fierce warrior to halt the Ottoman encroachment. Marrying into the king’s family is Dracula’s best chance if he hopes to solidify an alliance and secure his future. And either of Matthias’ two cousins will do, thus inciting the rivalry between Ilona and her sister Margit.

After discovering the truth about her sadistic husband, Ilona is both horrified and yet stirred by his deeds.

Determined to become Dracula’s confidante and beloved, the ambitious Ilona supports his pursuits to regain his Romanian titles even as she offers comfort to the innocent victims he wronged. When Ilona realizes her husband’s sadistic proclivities extend to the bedroom she must decide her future as either an unwilling participant or enthusiastic lover. Taught that entrance to the kingdom of heaven rests on good deeds and piety, Ilona struggles as the husband she loves corrupts her soul.

At a time when unholy leaders fight holy wars, Ilona faces battles where weapons are whispered lies and dangerous secrets. A vengeful sister, spying servants, and tempering the ignoble reputation of her husband compel Ilona to forsake virtue for security.

THE IMPALER’S WIFE is a tale of an ambitious woman bent on thriving in a world of sanctified brutality and sinful sensuality. It is a love story where the cost of sacrifice and the curse of love became a legend.