No! No! No! This blog post isn’t about emotional breakdowns, but rather how very odd that 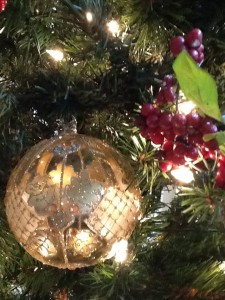 stuff around the house suddenly breaks days before Christmas. Like your stuff knows you are spending money and don’t have the time or spare cash for a repair. ‘Tis the season…

Does this happen to you? Do your appliances or electronics or gadgets choose strategic times to break? My mom’s oven decided not to heat the day of her big dinner party. My  brother’s fancy car didn’t start after if was packed with 2 sets  of grandparents who were on the way to an important ballet recital. Coincidence?  Your stuff knows... 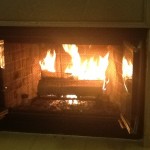 The next thing to go–the refrigerator water dispenser. It magically stopped working! Picture this: One Hubby, one teenage son, and one mom ( me) standing around the fridge  saying the same thing. “It worked last night.”

We open the freezer door and stare inside. (What we think we’re gonna see, I have no idea.) We’re baffled, because we can hear the mechanism when we press the button.

OK. We are intelligent people. Hubby pulls the ice bin from the door and checks the funnel. Nope, not clogged. We check the water filter. Looks fine. Hubby  pulls the fridge from the wall and we aim a dim flashlight into the corner. (Ah, there’s my missing wooden spoon.) Water line is not kinked. The hose is attached. I jiggle the hose for good measure. I tell Hubby to unplug the fridge to “reset” it–hey, it works with the computer! Hubby shakes his head but does it anyway.

Teenager informs me he will not drink “disgusting” water from the tap! I really, really, really hope he’s not serious. Next, he tells me he will have to drink beer with his dinner. OK—now I know he’s playin’ with me.

As a last resort, I order Teenager to get my blow dryer—he laughs all the way to the bedroom. I blow dry the coils in the back of the freezer for ten minutes or so. Teen says, “just call the repairman.”

Ah! Spoken with the cavalier attitude of  someone who never had to pay a repairman for something you could easily fix yourself.

Our attempts are futile. Until…

Except, there’s still a few days to go before Christmas.

What have you had break before a Holiday or important event?

Oh! And why does everything break on the weekend?