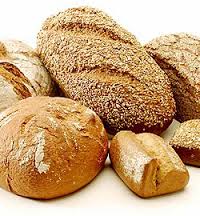 Food is comforting, nourishing, and healing. Food often replaces currency and continues to be used in many religious rituals. But you already know that!

Even the ancient tradition of “breaking bread” with guests indicated friendship and/or truce. Because if you were breaking bread, you weren’t breaking heads! Check Dining & Feasting for  the symbolism of mealtimes.

Bread: In Christianity, it represents the body of Christ. In Jewish traditions, unleavened bread is symbolic of sacrifice and humility.

Chocolate: Consumed as a drink during Mayan wedding ceremonies, chocolate was deemed sacred to both Mayans and Aztecs. It  was considered an aphrodisiac–thus chocolates on Valentine’s Day.

Coffee: A symbol of hospitality and hanging out with your friends. Things haven’t change

Corn: Used in many Native American rituals, maize is a symbol of life, fertility, and abundance.

Egg: Every culture is in agreement. Egg= fertility. The cosmic egg is prevalent in many creation myths, and Buddhists contend that one must break through the eggshell of ignorance before one can achieve enlightenment.

Honey: The nectar of the gods, honey was considered both an aphrodisiac and symbol of fertility.

Leek: During Rosh Hashanah, leeks are eaten to “cut off” one’s enemies. Leeks are emblematic of victory to the  Welsh and soldiers wore them in battle.

Milk: A symbol of compassion, kindness, and spiritual nourishment, milk was used in many rites of initiation. And because of its source, milk is associated with fertility, nourishment, and motherhood. 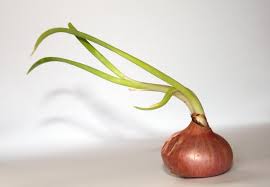 Onion: The layers of an onion are symbolic of revelation; each peeled layer allows one to get closer to the authentic or the  “truth.”

Rice: A staple in many countries, rice is symbolic of both long life and prosperity. It is also linked to spiritual health, attainment of knowledge, and purity.

Salt: Amazing, most of us are salt-freaks, and yet historically, salt was very precious. Salt got its start as a meat preservative and was linked to spiritual purity ( not sure I see the connection there). In Christianity, salt is a symbol of divine wisdom. Somehow, folks decided throwing salt over your shoulder kept bad luck away.

Tea: In Eastern cultures, tea is linked to family, hospitality, and tranquility.  In Japan, the tea ceremony is a high art, symbolizing peace, self discipline, and respect.

Wheat: Ancient Egyptians associated wheat with immortality. In other parts of the world, wheat was associated with the harvest, abundance, and summer.

Yam: In parts of Africa, yams is a staple food. The yam represents  abundance, wealth, and manliness.

Note: I teach literary analysis and remind my students to look closely at the symbolism in a novel. Why did the author include that fruit? Or name the character Neil? Why is the protagonist sitting under a pear tree? Why is her dress blue? Before jumping to any symbolic conclusions however, we look at the symbol in context of setting, history, and culture.