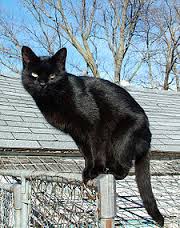 Your neighbor’s cat is NOT a demon…well, maybe it is.

From waaaay back to Sumerian times, man has imbued animals with diabolical traits. Mesopotamian demons (animal-man hybrids on 2 feet)  and monsters ( animal-man hybrids on 4 feet) plagued folks with disease, disaster and sin. The Bull of Heaven, centaur, griffin, Asakku, lion-fish, and Imdugod are just a few.

Those demonic creatures morphed over time to become the allegorical representations of the devil in Christianity.

In art, Evil—or the Devil—is often portrayed with animal appendages like claws or hooves, or depicted as a craven beast-like creature. Below is a short list of those animals associated with Evil.

Cat/Black cat: Associated with witchcraft and demons. The black cat was believed a gift from the devil. (They have those creepy demonic-looking eyes, too.)

Fly: A symbol of corruption and evil. Bringer of plague and disease. The Lord of the Flies ( Beezlebub is the Hebrew word ) is another name for Satan. Remember reading the novel Lord of the Flies…remember all the religious symbolism?

Frog: Associated with magic and the familiar of witches, the frog and its toxic skin is symbolic of evil doings.

Grasshopper: Perhaps derived from Aesop and his ancient tales, the fun-loving grasshopper plays around instead of preparing for the winter ( like the ant). When winter arrives, the grasshopper begs for food and shelter from the industrious ant. The ant says “no way” and the grasshopper dies. The grasshopper is a symbol of human foolishness.

Monkey: They made an evil comeback as flying goons for the Wicked Witch, but the 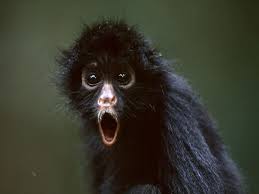 creature is actually linked to deception and vanity. It’s considered one of the three senseless creatures—the other two are tigers ( for anger issues) and the deer ( for pining love).

Snake: It’s a no-brainer. The serpent beguiled Eve into taking a bite of the fruit from the Tree of the Knowledge of Good and Evil.

Toad: A familiar of witches, the skin  secretions are poisonous if eaten. In Milton’s Paradise Lost, it is a toad that pours poison into  Eve’s ear.