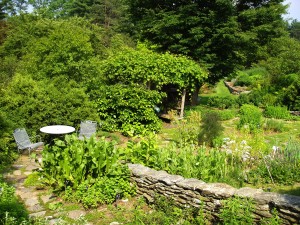 Long ago, herbs and spices were sacred. They were used in religious ceremonies and for healing.  Now, they have been relegated to the tedious task of seasoning our food and beverages. Their mysterious, spiritual, and supernatural power has been all but lost.

Just to keep you on your symbolic toes, I’ve noted a few of our more mystical herbs and spices.

Basil: A multi-herb! Great as a charm against evil, used during funerals rites, and Greek antidote to the deadly venom of the dragon-reptile hybrid known as the basilisk. ( Doesn’t sound all that scary.)

Betel nut: Associated with hospitality, this chew—besides giving you stained teeth— makes your heart beat faster, your skin super sensitive, and generally gives you a “high.” Now that’s hospitality!  It also inhibits hunger pangs and is considered an aphrodisiac.

Cinnamon:  Myth contends that the Phoenix lights itself on fire atop a cinnamon-laden pyre. The spice is also used in purification rituals and is considered an aphrodisiac in China. You’re a renewed sex magnet! Think about that after sprinkling cinnamon on your coffee!

Cloves: In the old days, a clove tree was planted to mark the occasion of a child’s birth. If the tree failed to thrive, it was a bad sign. It’s also associated with love and protection. 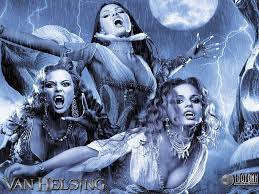 Garlic: Yup–it keeps away the vamps, even a thousand years ago! It’s also symbolic of strength. In China, garlic is associated with fertility—which seems odd knowing how bad one’s breath is after eating it.

Ginger:  A symbol of royalty in Hawaii,  ginger has been associated with passion, success, wealth, and power. Ginger is also really great for  your digestion–when you have a tummy ache, drink some ginger tea.

Ginseng: Ancient medicine men used this root for promoting long life, masculinity, and all around macho-stud-ness. In fact, it means man-root. ( I will refrain from about the 20 nasty one-liners I’m thinking of.)

Mint: Used in mysterious rituals like prophesying and exorcism.Yikes—Scary when you think about  all the mint toothpaste, mouthwash, and candy we consume.  Also considered an aphrodisiac in some cultures.

Myrrh: In Arabic, it means bitter,  and it was used in religious rituals. It is symbolic of purity and praying. Egyptians used it during mummification.

Nutmeg: It’s used as an aphrodisiac (Sprinkled Nutmeg + Pina Colada =  X-rated ). Long ago in Europe, the expensive spice was a status symbol.

Parsley:  Ancient Greeks believed it was a hellish herb that denoted death. Jewish tradition associates parsley with Passover. Most of us think mmm…delicious tabbouleh.

Rosemary: This herb used to be planted on graves, signifying immortality. It is also associated with faithfulness and included in the bride’s bouquet. Romans thought it promoted a keen mind while studying. No need for NoDoze. 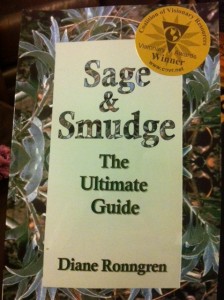 Sage: A healing herb. The word salvare means to save in Latin. It’s linked to wisdom and immortality. Sage is used as a ritual smoke in many Native American ceremonies. It is also used to  smudge or cleanse a house of toxic or evil spirits/ghosts.  Don’t laugh. It works!

Saffron: It’s a costly herb now, but is symbolic of magic and humility. Buddhists monks use it to dye their robes.

Thyme: An multi-purpose herb. Romans soldiers sprinkled thyme in their bath water  because it boosted bravery.  It’s also used for healing, to promote sleep, to purify, and to encourage love and psychic abilities.